Plants and animals are limited in their distribution and activities by climate. By May 8th the last frost of the year is usually reported in the Ottawa area. This is followed by a period of relatively high activity and growth for plants and animals, which continues throughout the summer until the first fall frost.

While this frost may not severely limit all species, to an observer of nature it signals a major seasonal change and the end of another growing season. The timing and length of the frost free season is of interest to all of us and especially naturalists, farmers and gardeners. As the climate warms the timing of the first and last frosts may be expected to shift and the growing season may become longer over the whole Mississippi Watershed.

In 2005, some 90 students and families in three towns and surrounding areas participated in a Mississippi Valley Field Naturalists (MVFN) frost watch project to observe when the first frost arrived near their homes. Special thanks to the participating students, families and teachers at Carembeck Public School in Carleton Place (teacher Kirk Belisle), Pakenham Public School (teacher:Leanne Wing) and R.Tait McKenzie Public School in Almonte.

Many of us in participating in the 2005 frost observations were simply curious how our gardens or areas of interest would compare with others nearby.For the students, making the observations and sharing them with their class gave them a first hand look at the geographical and temporal variability of frost in our area. Details will be posted in the climate change awareness section of the MVFN website at www.mvfn.ca.

When should we expect the first frost each year?

This of course depends in part on where you live, whether you live in town or in the country, beside a moderating lake or on an exposed hillside. Typically some local areas will experience frost when the forecasted overnight low temperatures for the area are 40C but if lows of 0 0C are forecast we are almost certain to get frost. This is anticipated to occur on about October 8th each year. For many of us however, the growing season of 2005 was quite exceptional. The Fall season seemed to go on and on; some of us enjoyed hardy fall blooming flowers and garden vegetables until the heavy freezes of October 20 and 21st. Will such long growing seasons become normal?

Scientists’ analysis of Eastern Ontario climate station data shows that over the past 40 years the length of the frost free growing season has increased by 15 days, in other words at a rate of a day every 4 years. At this rate there would be another 10-15 days added to the growing season by 2040-2060.

Interestingly, outputs from some 40 climate models also indicate that regional warming trends may persist into the future. Thus, current trends are in line with what model projections tell us is likely to happen.

To put these changes into perspective, by 2040 Mississippi Mills, Perth, and the Ottawa area could have growing seasons as long as those found in the Windsor area today. There are significant ecological implications to such warming of our climate. MVFN is examining various aspects of the climate sensitivity of local ecosystems as part of our climate change awareness program and will report on these as information becomes available.

Neil Carleton is a teacher at R.Tait McKenzie Public School in Almonte. He and his students took part in recording frost observations in 2005. 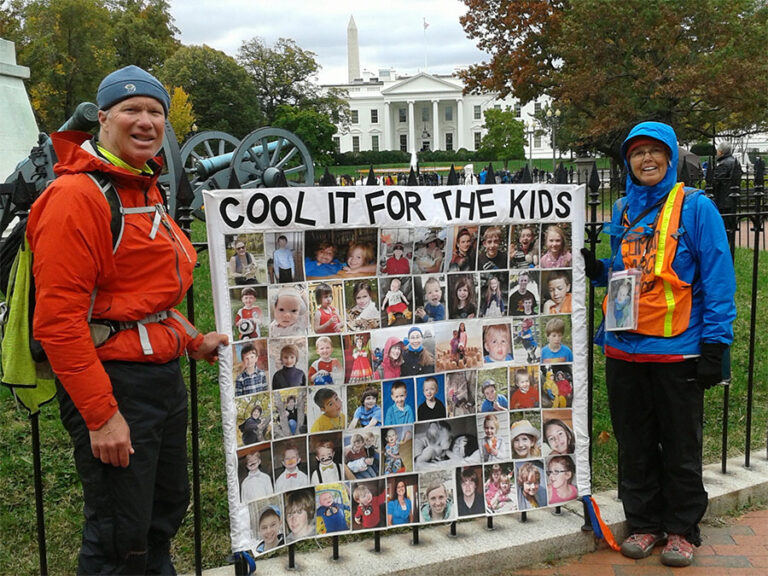 Climate Change and Implications for Health and Well-Being

From Impacts towards Adaptation: Mississippi Watershed in a Changing Climate